Founded in 2001, Building Lab is an architectural firm dedicated to a comprehensive approach to the processes of building and design.

The firm’s founder Stephen Shoup, who studied architecture at University of California Berkeley and London’s Architectural Association, has spent years assembling an expert group of architects, carpenters, and designers to work for his firm. 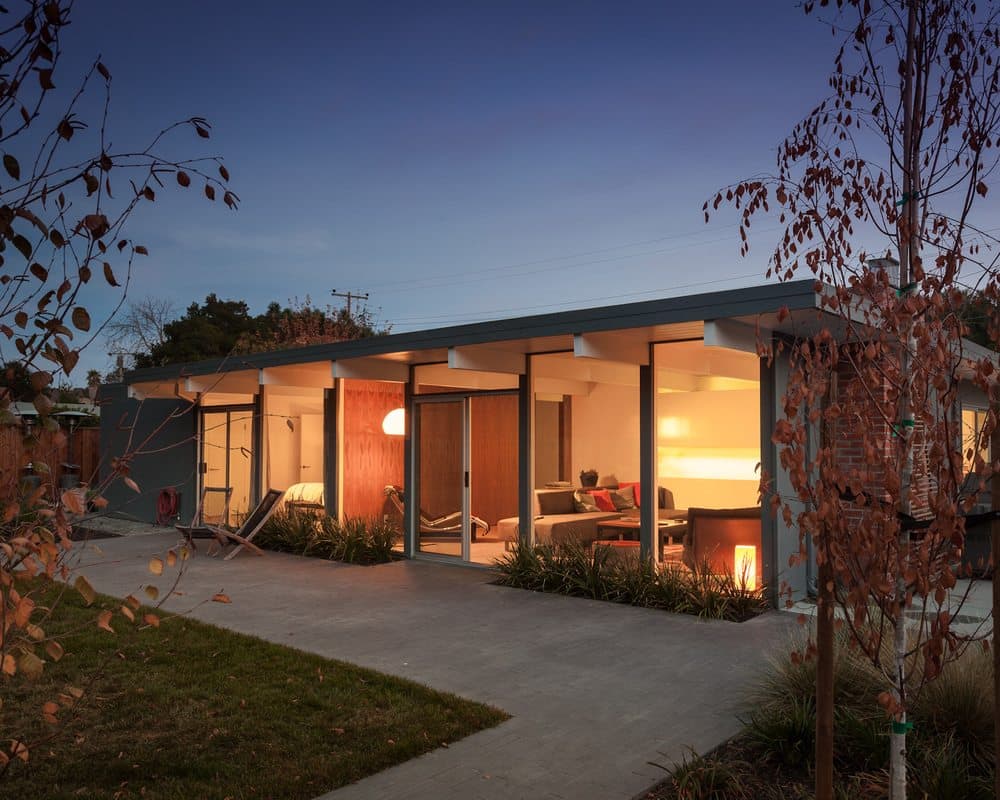 Building Lab has made a name for itself by renovating the Appleberry Drive Residence, a renowned design of the doyen of mid-century design, Joseph Eichler.

Eichler, who lived between 1900 and 1974, is primarily remembered as a real estate developer who produced an astonishing range of unique residential subdivisions in California which went a long way to ushering in the mid-century style, and revolutionising modern, tract housing. In fact, Eichler’s importance to mid-century simply cannot be overstated. He was instrumental in bringing modern architecture to over 11,000 homes in nine areas of Northern California and to the metropolitan areas of San Francisco and Los Angeles. The largest collective group of Eichler Homes (Joseph Eichler’s company) is San Mateo’s The Highlands—a community built between 1956 and 1964.

This is perhaps midcentury in a nutshell, the popularisation of modernist aesthetics, bringing the clean lines, the eschewal of ornament and the blending of indoors and outdoors, public and private, to a mass audience Located in Marinwood, California, Eichler’s Applebery Drive Residence was upgraded by Building Lab in 2013. 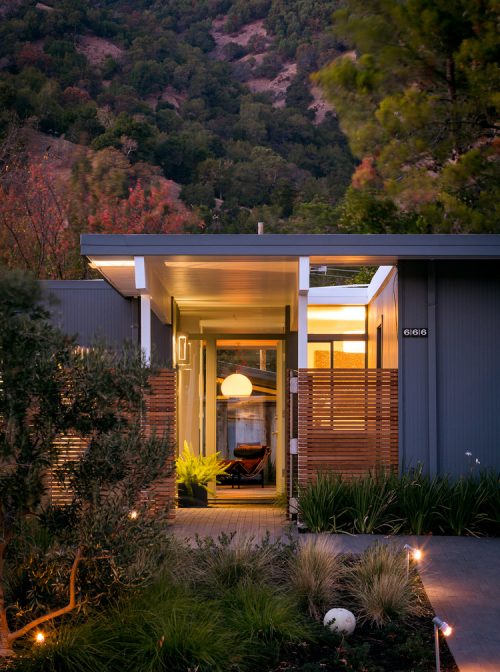 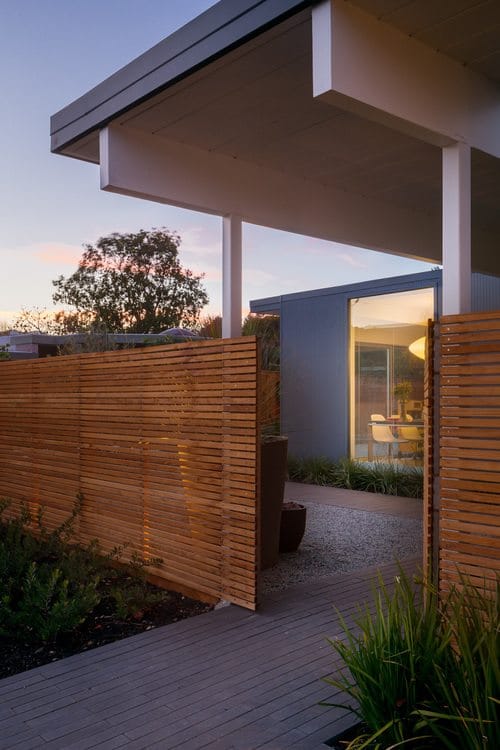 The firm thought its character, which has long been described as powerful, missed a true connection with the outdoors—something increasingly required of residences in modern-day society.

Building Lab’s architects are quoted as saying: “As can be said of most Eichler’s, this was a great house to begin with. By means of the subtle rather than the grand, we strove to re-invigorate the modesty, simplicity and clarity of the original design. At the scale of site, our two greatest concerns were the typical Eichler austerity to street frontage and this model’s want of an atrium or courtyard.”

Building Lab’s renovations to the original Eichler house are distinct in the new layout of the property. A palette of neutral colours are paired with minimal amounts of furniture, residents all the better to connect residents of the Appleberry Drive Residence with the outdoors. 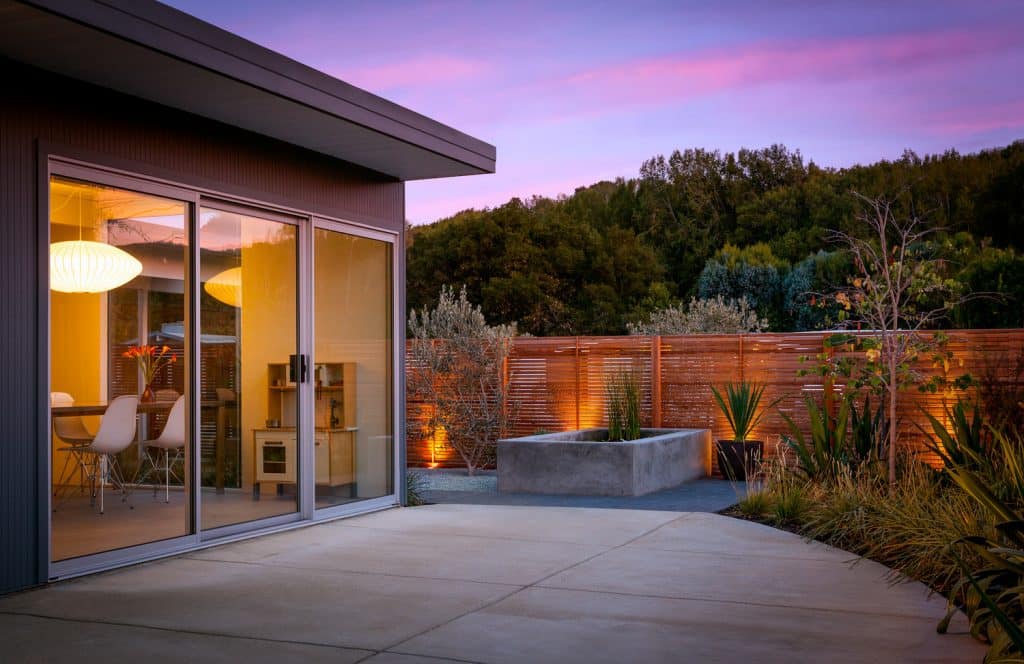 The majestic surroundings of Lucas Valley are pulled inside by the architects’ new vision—architects who are quoted as saying: “At the scale of building, we focused primarily on the kitchen as the organizational core from which to carve subtle orientations and hierarchies of public spaces. In conjunction to the porous programmatic kitchen block as a connective element, the walls along the main corridor add to the sense of bringing outside in. 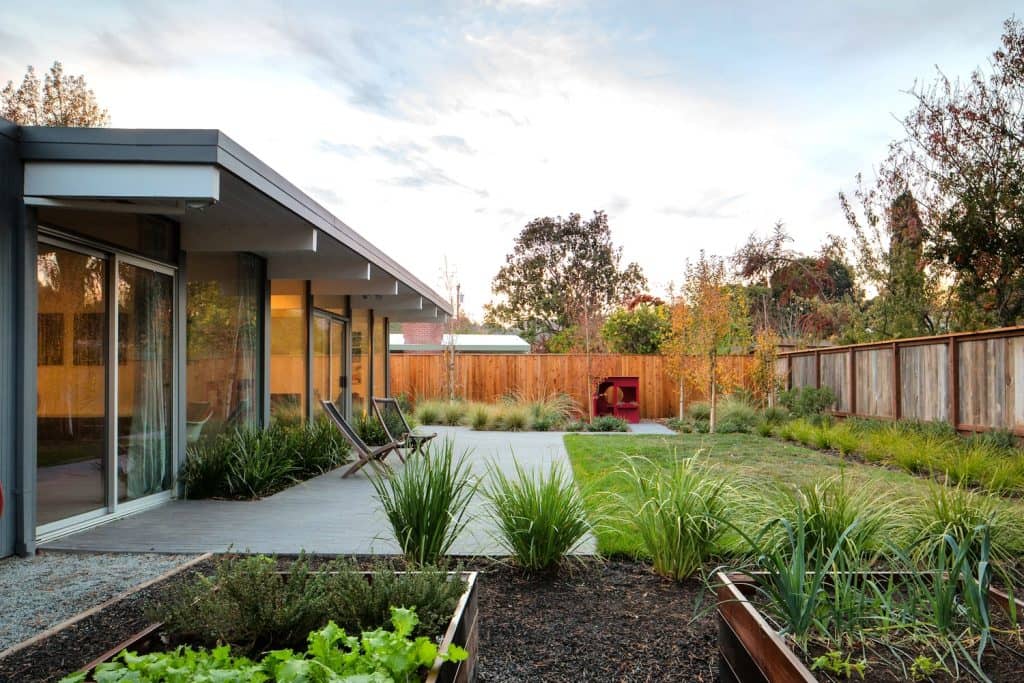 The wall adjacent to entry has been detailed to have the siding slip past the glass, while the living, kitchen and dining room are all connected by a walnut veneer feature wall running the length of the house.” All in all, it is lovely to see a currently-active firm taking such care to consider how to preserve not only the aesthetics but the ideology behind Eichler’s work. Contrary to that we often find in the mid-century discourse, mid-century is not just museum piece but a living, breathing idea.

Do you own an Eichler Home and would like to be featured on Mid-Century Home? Drop us an email to: info@midcenturyhome.com