The Cooke House was among the last houses designed by legendary modernist architect Frank Lloyd Wright. Wright set to work designing the house, in 1953. Construction eventually began in 1959, just two weeks before his death aged 91, and the family couple for whom it was built, Andrew B. and Maude Cooke, moved in with their children the following year. 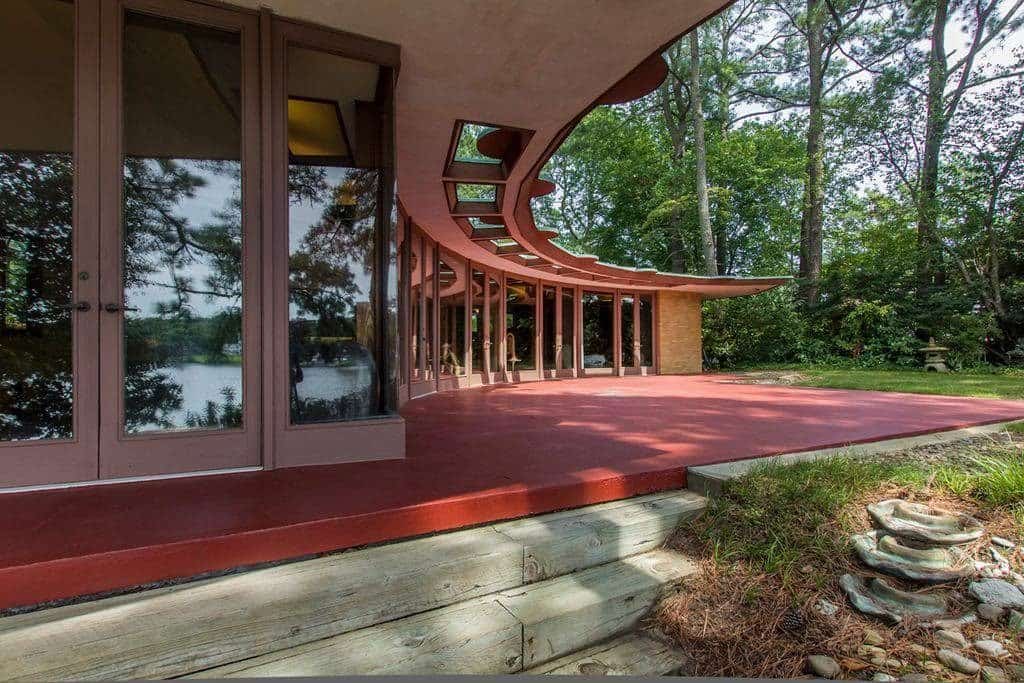 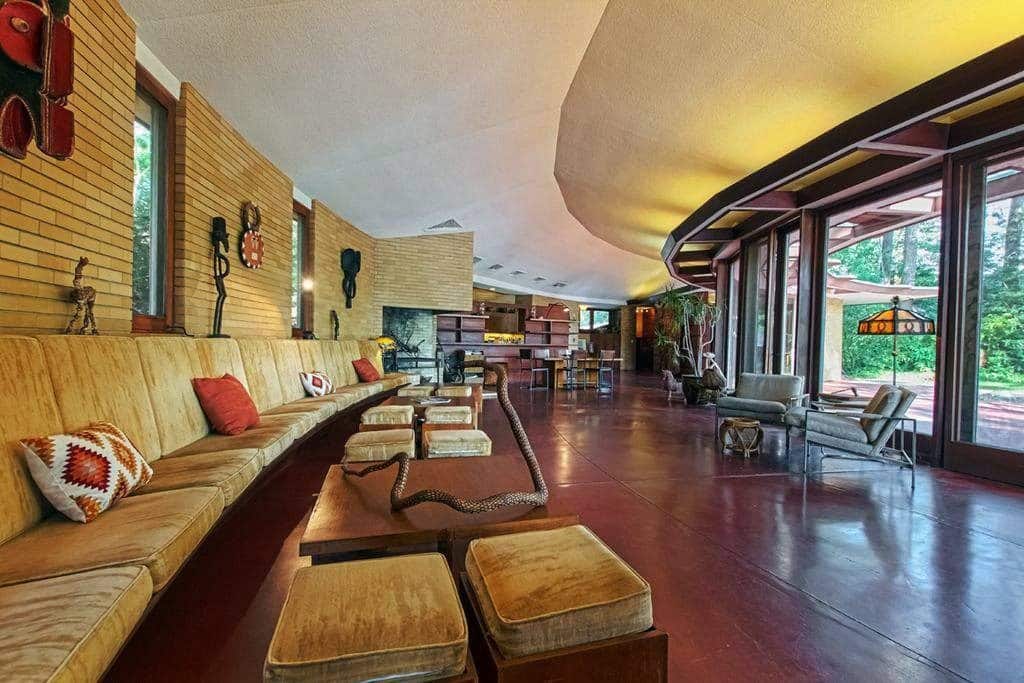 Situated in Virginia Beach, VA, Unites States, the project began life as a letter, sent from Maude Cooke, to the architect in 1951. “Dear Mr. Wright, Will you please help us get the beautiful house we have dreamed of for so long?” They wrote. It’s a fitting beginning to what really is a dream come true.

The house features the a semi-circular layout characteristic of several of Wright’s other designs in his so-called Hemicycle Period. The great arc houses an open plan room, with living room, dining room and kitchen all joined together. This is bordered by a wall of glass and completed with vaulted ceilings, all of which is calculated to maximise the view looking out onto Crystal Lake. 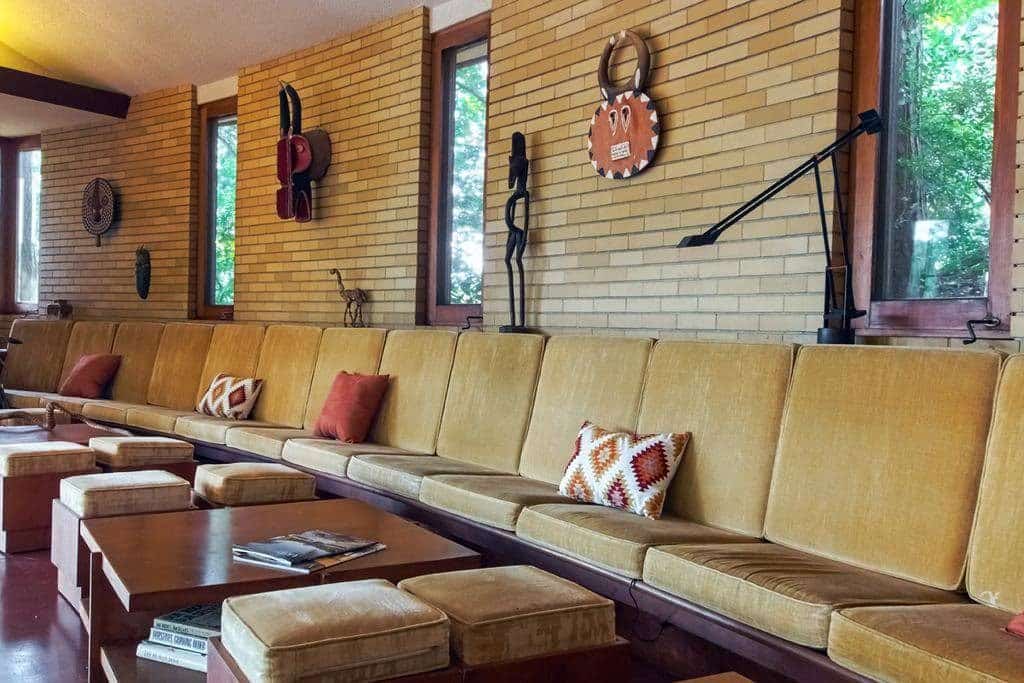 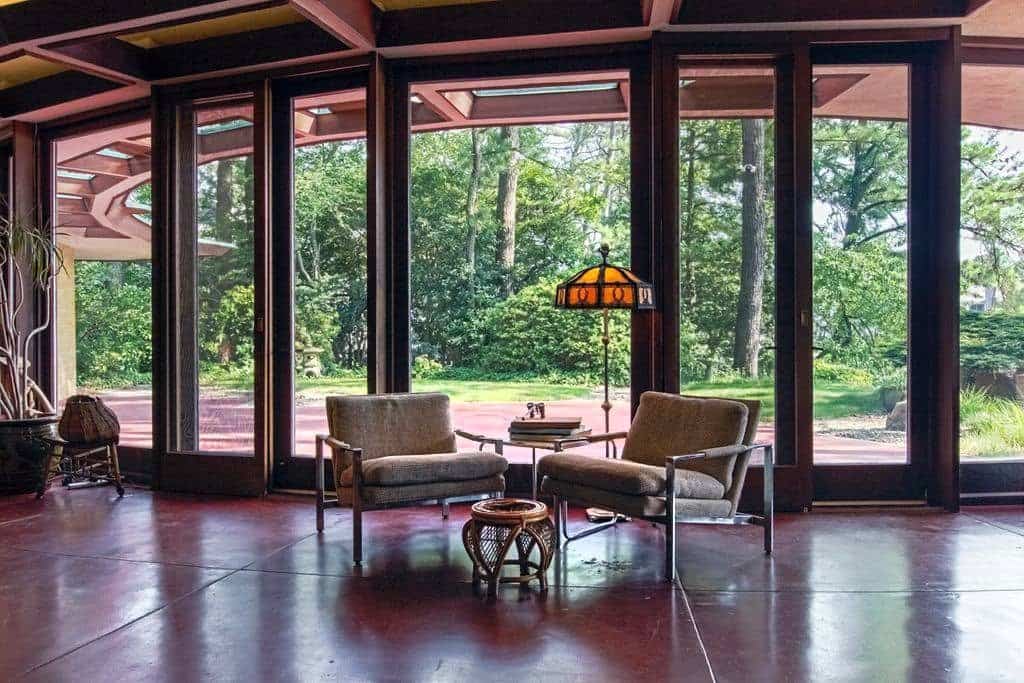 As well as the lake, the house sits in a beautiful natural environment, replete with indigenous pine, camellias, and magnolias. This is topped off by a number of design features which blend seamlessly with the surrounding nature, such as the custom made gold coloured bricks and the Cherokee red concrete floor.

The house underwent a sensitive renovation when ownership changed hands. Now considered a green, passive solar home, the renovation won an award from the American Institute of Architects. 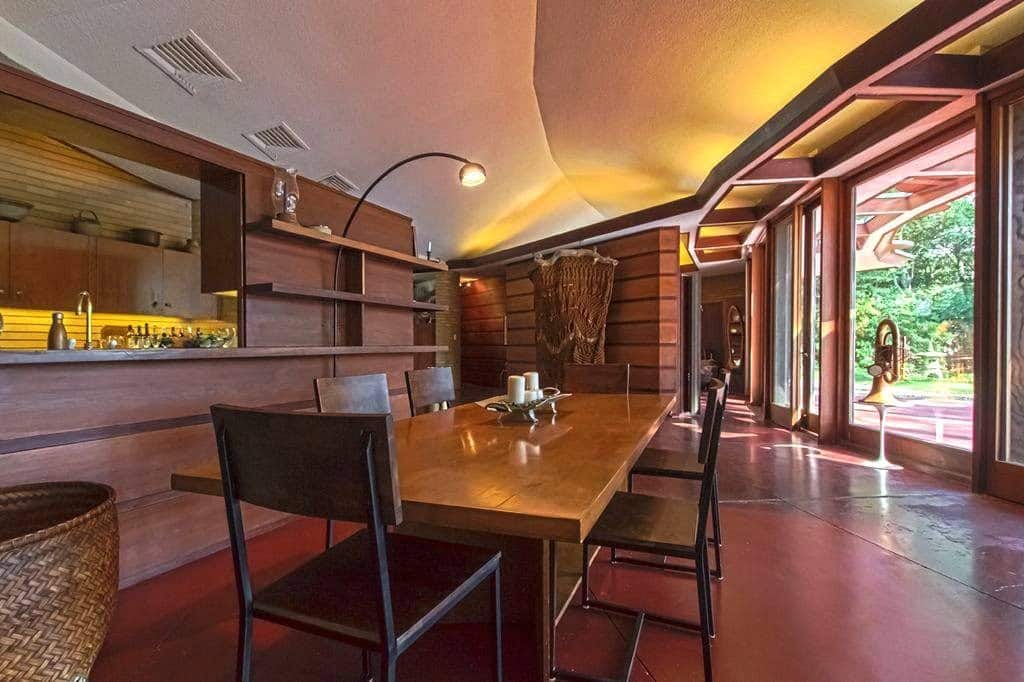 A number of original features still remain to this day, most notably the 12 meter long sofa in the main room. With the flame of Wright’s original creativity still sustained up the present day, it is no surprise that the house remains celebrated in the Virginia Beach community, and beyond. 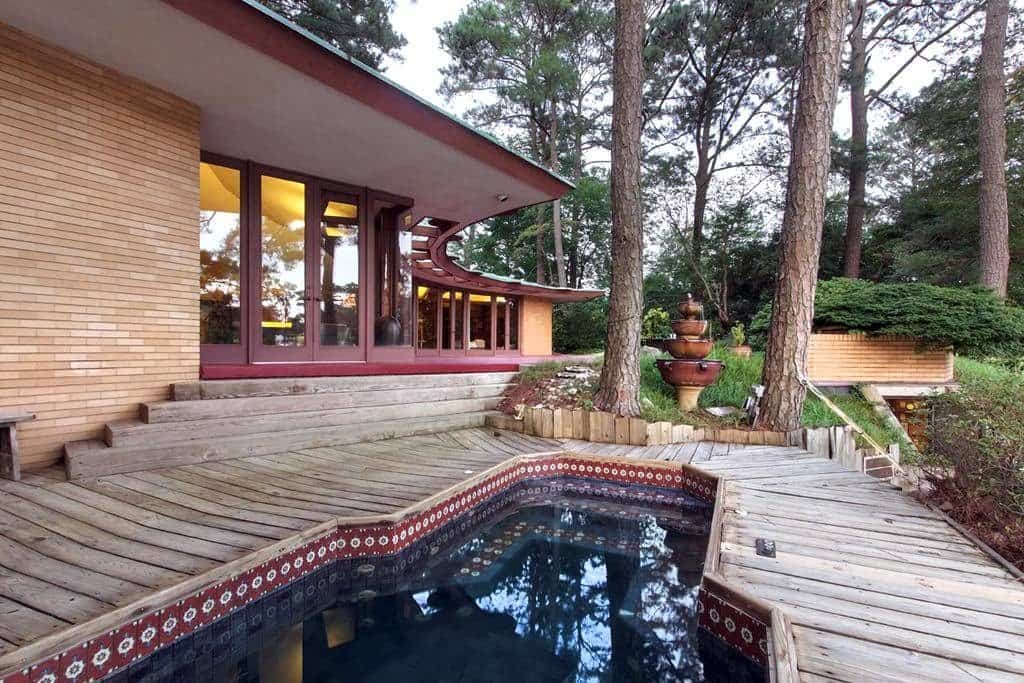 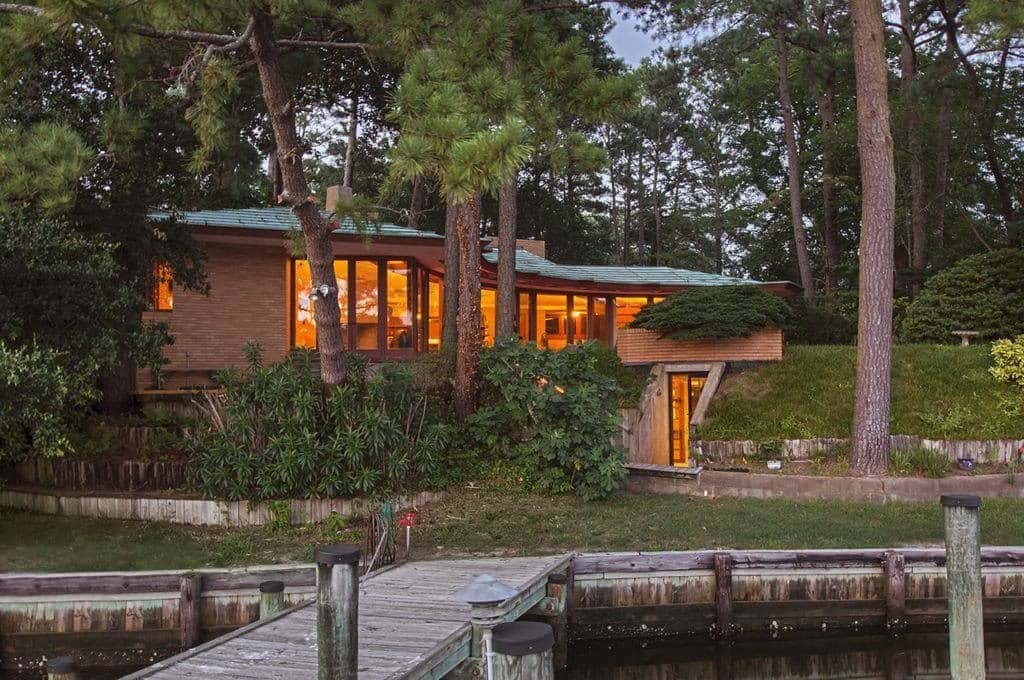