This house in Bellevue WA, was designed by architect Paul Hayden Kirk in 1955. Kirk worked under many architects, some of which included Floyd Naramore, A.M. Young, B. Dudley Stuart, and Henry Bittman. 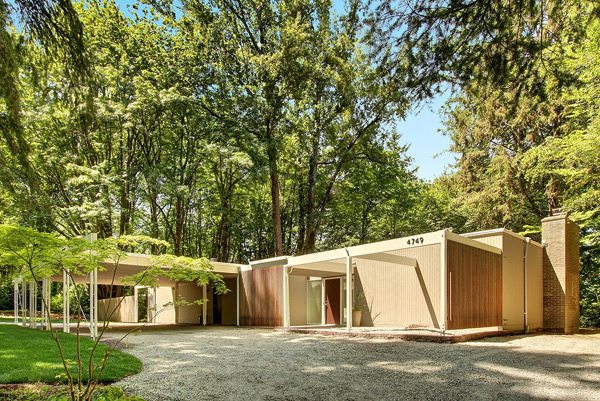 Today, Bellevue, a suburb of Seattle, is one of the most well-known places to find one of Kirk’s mid-century home designs. Known simply as the Paul Hayden Kirk House, this mid-century house reflects Kirk’s early interests toward simple forms and details—interests which emerged in his early design where materials were limited and a budget geared toward a solution which was more functional rather than over-the-top. 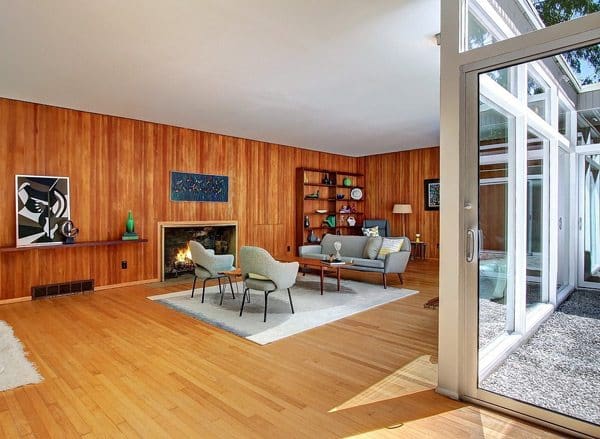 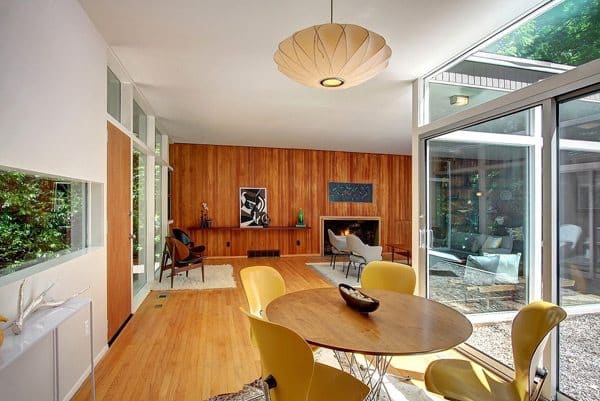 While this house in Bellevue is on the small side when it comes to architectural marvels, its simplicity is what makes it a notable piece of architecture in the area.

Surrounded by the thick forestry that is typical of the Northwest United States, the house yields to nature by being rather flat in design.

A large driveway curves around the front and the sides of the house leading into a carport, which design reminds some of the most beautiful mid-century houses out there, and opening the viewer’s eyes to the lack of windows facing the front. 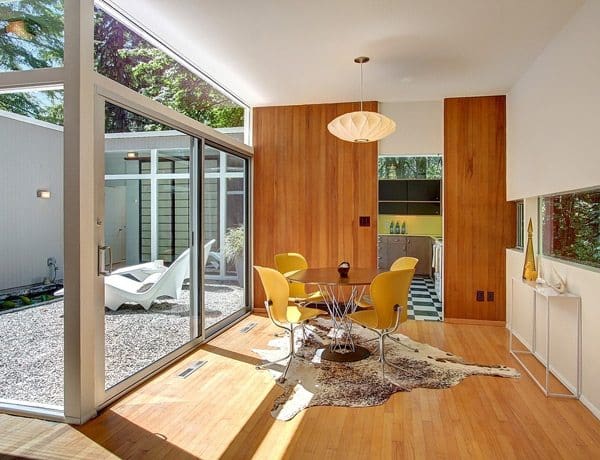 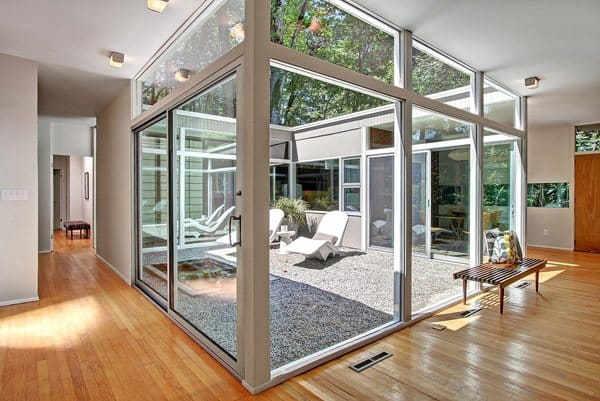 In fact, the only windows on the front of the house are adjacent to the front door. To further match the wood-dominated scenery, the house exterior is mostly comprised of wood with beams protruding and connecting sides to create what comes across as a roofless porch. 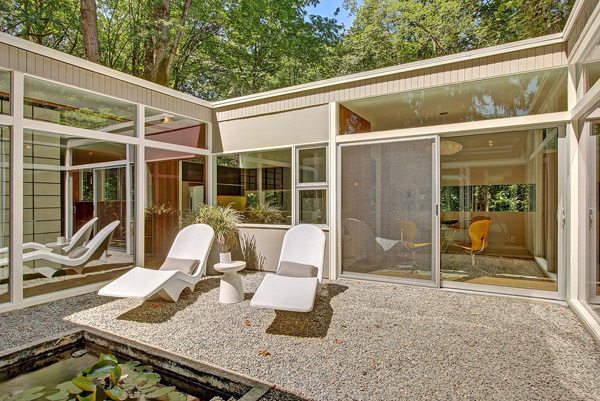 The inside’s design is a mixture of rich wood and white plaster, some walls being one or the other while the floor in the living spaces is entirely wood and the ceiling white plaster. A fireplace, built-in bookshelf, and built-in shelving give the open space of the living/family room functional use while a chest-level, long rectangular window pulls the interior to interact with the thick forestation just outside the backdoor of the design. 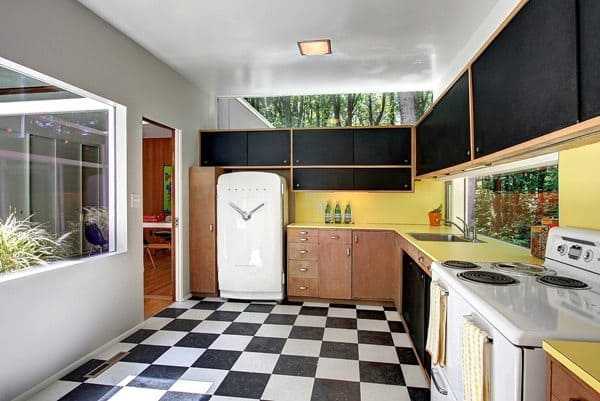 The house’s greatest feature is a remarkable atrium built of a glass wall, giving the small house its own courtyard and means of sunlight reaching in to grasp the open spaces, including the black-and-white tiled floor kitchen, which has a large window connecting it with the atrium.

This, along with a reflecting pond in the atrium, make the 1955 design ahead of its time by giving the resident interaction with nature, while maintaining privacy due to the lack of windows on the exterior of the design.